It's going to be the first car in the world to be made and run on Motul lubricants...

The Lightweight handcrafted sportscar will have unique components made using Motul's cutting oils...

The ultra-lightweight Zero will be powered by a 2.5 litre Ford Duratec engine...

The Car will be built will a range of bespoke engineered branded parts, such as these amazing brake calipers...

About The GBS Zero Motul Edition

We are delighted to announce a new partnership project with bespoke UK car manufacturer, Great British Sports Cars (GBS): the MOTUL-EDITION GBS ZERO. The lightweight hand-crafted sportscar is now starting to be built with the Nottinghamshire engineering company, ahead of a public reveal at the end of July during The Classic at Silverstone.

The Motul-Edition GBS Zero will feature a host of Motul-inspired design features unique to this partnership but, even more than this, the whole build will feature Motul involvement. GBS is proud of its in-house engineering capabilities and manufactures the vast majority of components from scratch, using Motul throughout the various processes. From its machining of metal billets through all of the necessary turning, drilling and assembly processes to the first fill of all lubricants, as the final part of the car’s journey to finished automobile, Motul products are being used throughout.

We believe this is going to be the first car in the world to be made and run on lubricants from the same manufacturer, in this case Motul. From cutting oils to hydraulic fluids used in the manufacturing process to make all the parts, to fluids used throughout the car, including: engine oil, gearbox oil, brake fluid, engine coolant, greases and even Witham screenwash, this will be made to a performance standard with bespoke specifications.

We are looking to make the whole build process interactive, with regular reports of the car’s build progress before it makes its public debut as part of Motul’s activities as Official Lubricant Partner of The Classic at Silverstone.

The ultra-lightweight Zero sportscar will be powered by a 2.5 litre Ford Duratec engine, specially prepared by Neil Brown Engineering, the company that provides the motive power for the UK FIA Formula 4 championship - a series where Motul is proud to be the lubricant partner, providing the spec engine oil for all competitors. With a 240BHP unit, a dry sump oil system, ATR throttle bodies and a kerb weight of only 500kg, the Motul-Edition GBS Zero will have a power to weight ratio of almost 500BHP/Tonne, which will make it extremely rapid!

Great British Sportscars will be building the car with a whole range of specialised Motul branded parts. Therefore, along with its livery, expect to see Motul uniquely sculpted onto, or etched into, the brake calipers, headlamp covers, interior upholstery and even the chassis itself.

Going forward the GBS Zero Motul Edition will be used to promote Motul products and British engineering and will be seen with customers and our drivers and race teams, throughout the UK. The car will be fully Motul branded with a unique livery design which was chosen after running a national competition. The winner of the best design idea for the car was Martin Lines from Bedfordshire, UK, and his entry was chosen by the judging panel (made up of Motul, Witham Motorsport and GBS Zero Directors) for its ingenious use of all the GBS Zero and Motul creative branding elements. Martin's winning design will be seen on the car and revealed at the Silverstone Classic in July. As well as this Martin will receive tickets to the event and a tour of the GBS factory in Ollerton. The under 16 age category prize winner, was Kaira Milburn age 10, from Maidstone in Kent, who sent in an amazing colourful design. Kaira has also won family tickets for the event along with a selection of Motul merchandise.

As Motul UK Distributors, Witham Motorsport are the driving force behind the project. As Managing Director, Nigel Bottom explains; ”We have been supplying Motul products to Great British Sportscars for some time and, having had the chance to meet Richard (Hall) and tour the factory, I was hugely impressed by the depth of their engineering skill, by their innovative ideas and by the fact that there was potentially a great story to be told, on the start-to-finish and beyond part, that Motul plays in the construction of this GBS Zero. The idea of a Motul-Edition seemed like a logical extension of this and so we have embarked on what is a truly novel venture for a lubricant brand.”

Motul has many exciting partnerships in which it is active around the world, but Silverstone’s Classic has been chosen as the venue for the car to make its public debut for a number of reasons, as Motul’s UK Business Development Manager Andy Wait explains. “We were delighted earlier this year to announce our partnership with Silverstone for The Classic. It is a huge festival of enthusiast motoring, with more than 100,000 people expected, so we wanted to make our first appearance there memorable and, therefore, to have the climax of the Motul GBS Zero initiative at Silverstone seems apt. Also, of course, the car shape has a retro look and feel to it, so it fits in with the spirit of the classic event, as well as, offering us a great chance to showcase so much of what Motul can offer to the public.”

We are so excited about this unique project and look forward to keeping you posted of its progress along the way.

Great British Sports Cars is a leading name in the British and worldwide sports cars industry. Over 25 years of experience has been leveraged into the evolution of the GBS Zero, using all the best elements of the past while combining them with the most up-to-date design and manufacturing processes. Since its launch, the Zero is now enjoyed by hundreds of owners around the world.

GBS owners benefit from our continued development of the Zero, offering an ever-increasing number of products and services to enhance the car’s appearance and performance. With over 10 years of Zero production experience, GBS has now developed the Second-Generation car, compiling a decade of refinements into one simple to order package. Numerous refinements have been incorporated as standard to ensure a safe, high quality vehicle. The Zero has unprecedented handling due to its 50/50 weight distribution, achieved by moving the engine rearward from the front axle and this is complimented by fully independent front and rear suspension arms. 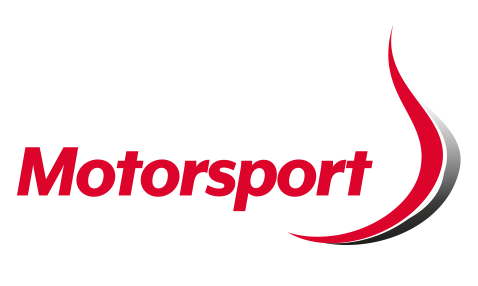