Witham Group, with its headquarters on Outer Circle Road in Lincoln, has announced the total raised at its latest fundraising ball as they celebrate their 100th year of business.

The anniversary ball, held at the DoubleTree by Hilton Lincoln in November, saw prizes auctioned off to the value of £15,000. The brings the total raised during their long history to over £100,000 for a number of worthy causes.

The four charities benefitting from the latest ball’s generous attendees include Myeloma UK, St Barnabas Hospice, the Lincolnshire Rural Support Network (LRSN) and the Duke of Edinburgh’s Award (DofE), all of which will receive a donation of £3,750 each to continue their important work.

From support for patients of a rare blood cancer to compassionate end-of-life care, pastoral and practical support for the farming community to empowering young people, all four causes were suggested by Witham Group’s employees.

Witham Group has a long history of putting something back with their charitable events, from lawnmower races to driving challenges, and coffee mornings to their flagship annual ball. Alongside this, they regularly sponsor customers and projects with their oil and paint products, as well as volunteering on a variety of local committees, charities and societies. 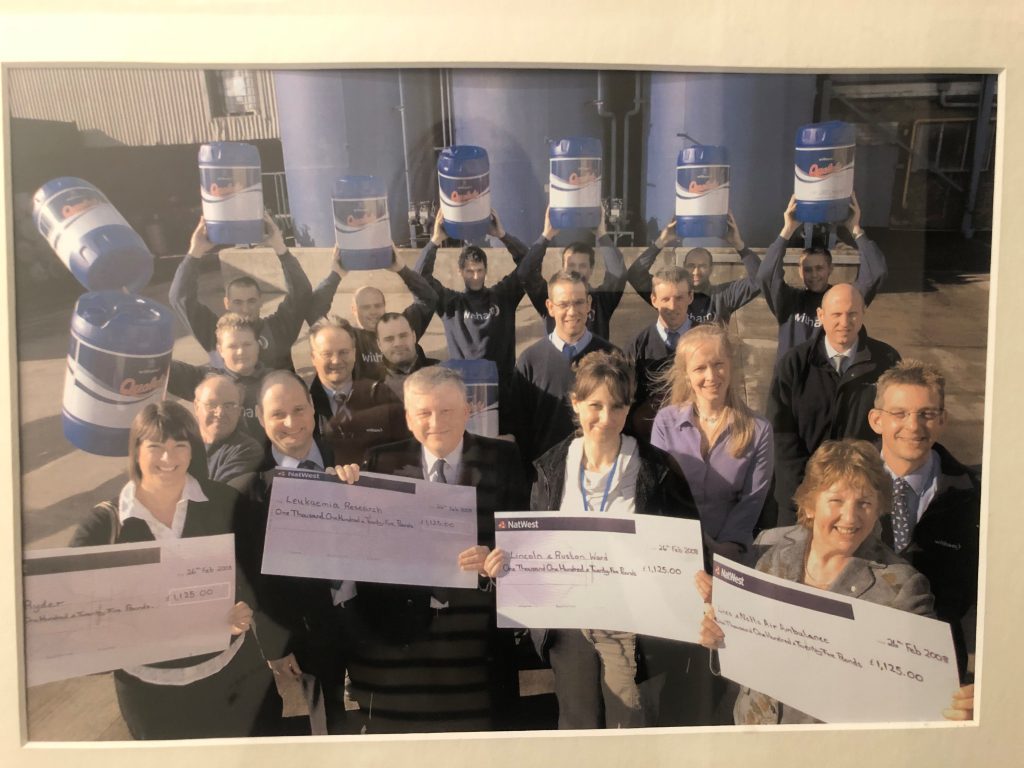 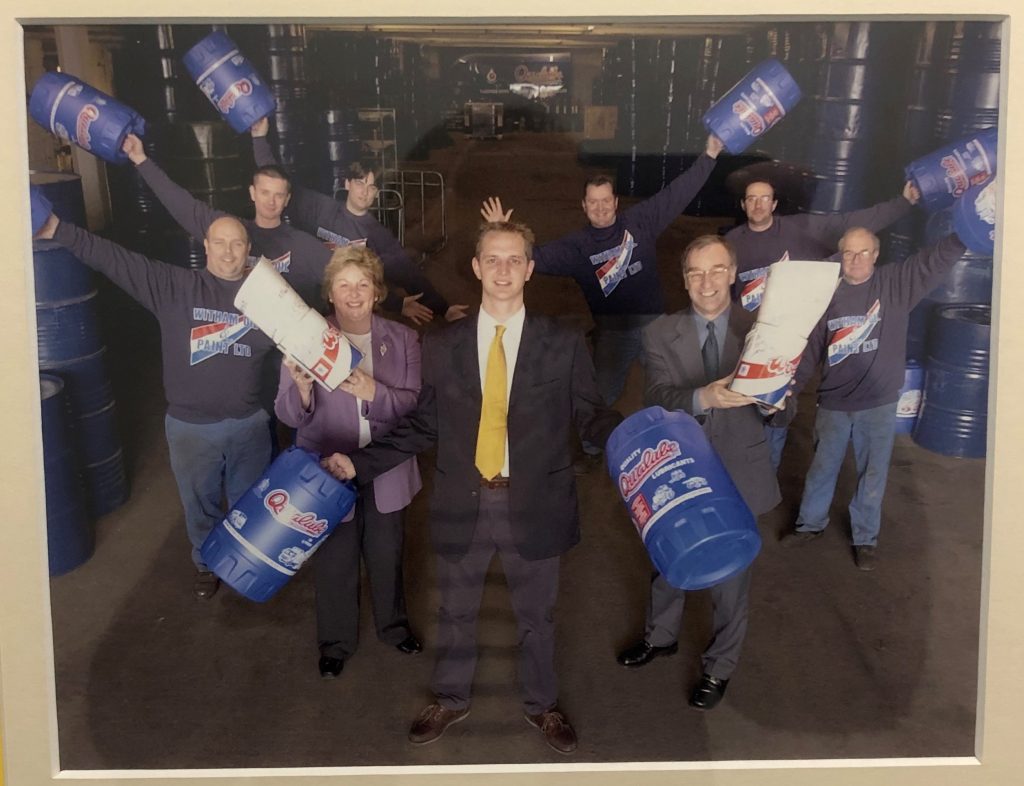 Nigel Bottom and team with the Lincolnshire and Nottinghamshire Air Ambulance in 2004. 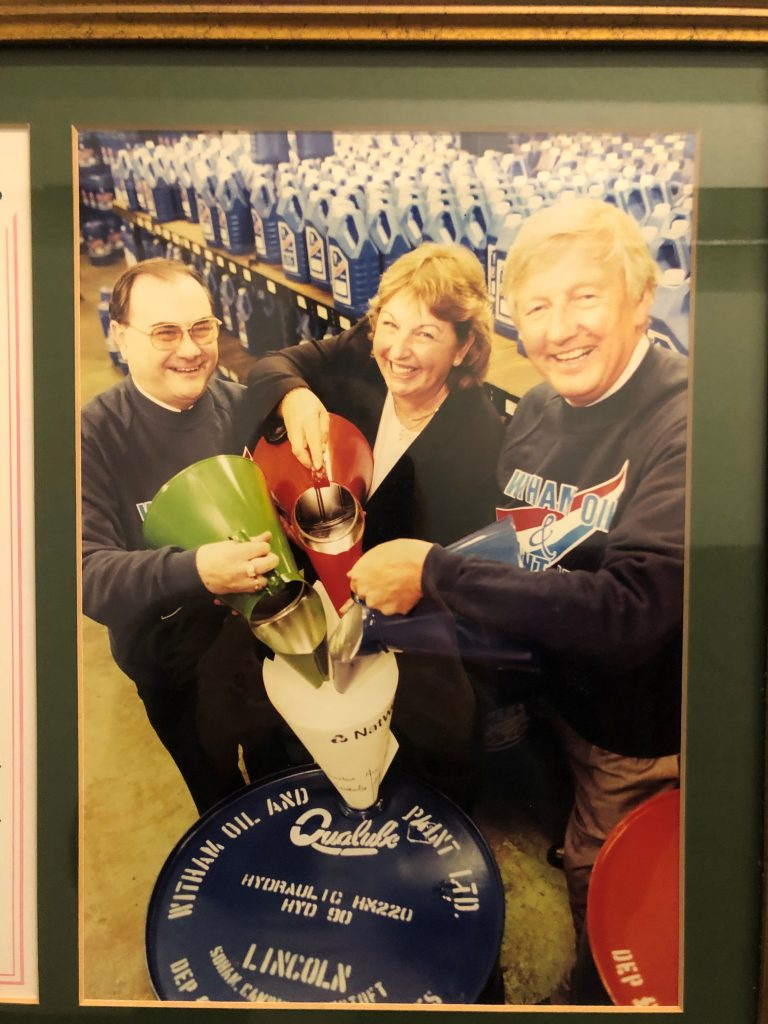 Geoff Bottom and Alan Smith fundraising for the Air Ambulance in 2000. 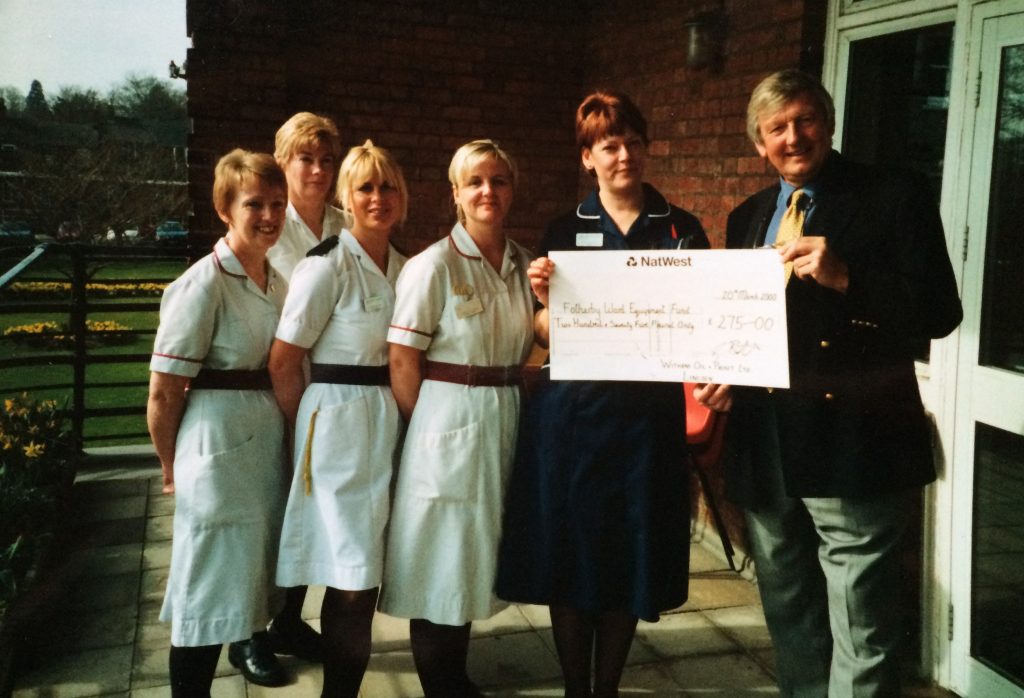 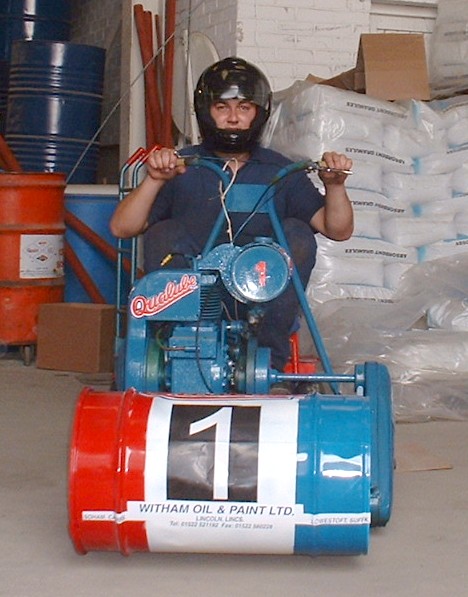 Witham’s entry in a Lawnmower racing charity event in the 1990’s.

When making the announcement, Nigel R Bottom, Managing Director of the Witham Group said, “This is an incredible amount to raise in such a milestone year for us. We’re so grateful and extend our most sincere thank you to our kind suppliers and friends who donated the auction prizes.

We certainly celebrated our 100th year in style at our Anniversary Ball last year and again must offer thanks to the venue and everyone involved in the evening. Here’s to another 100 years!”

For more information about the Witham Group click here